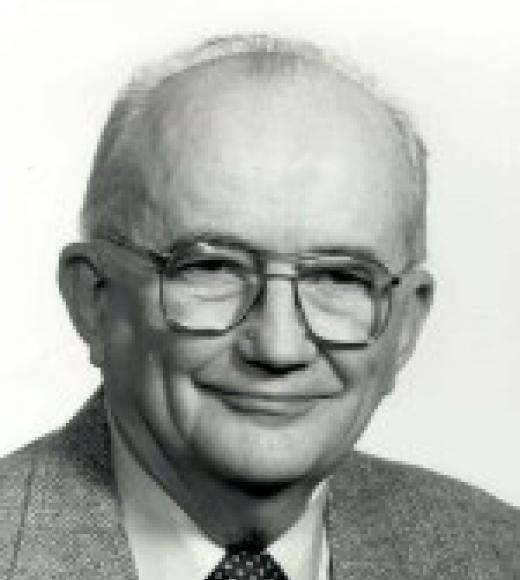 On August 26, 2016, Vernon Singleton died peacefully at home surrounded by his wife and children, Steven, Stan and Sue. With his death, his colleagues, former students, and the international wine industry mourn the loss of a mentor, friend, colleague, teacher, researcher and scholar.

Vernon was born in Oregon in 1923, and grew up in Indiana, where he completed a Bachelor's Degree in Agricultural Chemistry at Purdue University, after a stint in the US Army interrupted his studies during World War II. He then married Kay, who would his wife for 69 years. Vernon completed a MS (1949) and following, his Ph.D. in chemistry with an emphasis in biochemistry at Purdue in 1951. He went to work in the private sector, because he had always wanted to teach, but felt experience in the industry was essential to being a better teacher. He worked at Lederle Labratories evaluating antibiotics before conducting research on fruit quality at the Pineapple Research Institute in Honolulu, Hawaii for 4 years.

He had had met with Professor Dinsmoor Webb at UC Davis while attending a harvest physiology seminar, and expressed interest in an academic position. Webb alerted him to a faculty opening, and Vernon applied. In 1958, he came to the Dept. of Viticulture and Enology and began his career studying wine aging. Typical of Vernon's lifelong dedication to thorough research, he published an exhaustive literature review in 1962 which had 20 pages of references before he started lab work. This treatise is still an invaluable reference for accelerated aging, a topic of great importance to the industry. In the same fashion he prepared for his other area of work, wine phenolics, by authoring a book with Paul Esau which systematically reviewed and categorized the chemistry of polyphenols. This 1969 treatise was the foundation of later work and a reference on the topic for decades. Vernon also co-authored two other major wine texts during his time at UC Davis, including the award-winning Principles and Practices of Winemaking and Wine (1996) which received the le Prix en Oenologie from the Office International de la Vigne et du Vin and Wine: An Introduction for Americans (1965) which received the André Simon Food and Drink Book Award. The latter book was used for decades as the text for the introductory winemaking course that he taught with Amerine and others, and was in print over 30 years.

His research focused on analysis of grape and wine phenols and their reactions. In l965, he published a method for quantifying total phenolics, which could be used in winery labs with limited equipment. The method was widely used throughout the world and the publication was awarded the 'Most Valuable Technological Advance' by the Technical Advisory Committee of the Wine Institute in 1972. His work established the importance of these substances for the quality and sensory attributes of wine.

His research explored the composition of phenols and studied their reactions during fermentation and storage. One important accomplishment was to reveal the specific chemical reaction pathway for oxidation, showing the steps of oxygen reduction and the organic products along the way that would affect wine aroma and color. This work laid the foundation of much subsequent research into wine oxidation, and the research continues unabated in 2016. One major outcome was that his showed that quinones were formed, and that led Vernon and his team to identify Grape reaction product (GRP) and a new understanding of the oxidation process that explained why brown color formation in juices was not proportional to their oxygen uptake. This provided winemakers with specific insights into how to improve grape handling and winemaking practices to reduce oxidation, opening the door to fresh, fruity white wines, one of the major improvements in wine production of the 20th century.

Overall he published over 200 papers and other works that helped advance the research and understanding of wine chemistry, and some of his key reports continue to attract attention. Perhaps his most important paper, recognized as noted above by the Wine Institute, was with Joe Rossi: Colorimetry of Total Phenolics with Phosphomolybdic-Phosphotungstic Acid Reagents, Am. J. Enol. Vitic., 16:144-158, (1965). It has over 12,000 citations as of early 2017 according to Google Scholar, and referencing of it continues.

Vernon was also a very sophisticated scholar. In his phenolic research he cast a wide net in Indexes such as Chemical Abstracts and reviewed hundreds of thousands of literature citations looking for the elusive relevant paper. He could be seen spending hours in the library reviewing long printouts of Chem. Abs. citation numbers and was a regular part of the library landscape.

He was an active participant in his profession, being elected to the board of the American Society of Enology and Viticulture and later serving as its President in 1975. He received all three of the Society's Awards, the James F. Guymon award for his contributions to the barrel aging of spirits, the 1986 Honorary Research Lecture and the 1992 Merit Award. In addition his colleagues organized and participated in a Festschrift in 2008, a symposium to honor his many contributions. Perhaps the highest industry honor bestowed on Professor Singleton was his induction into the Vintner’s Hall of Fame in 2011.

Vernon taught at all levels from very basic general electives to highly specific graduate classes on wine chemistry. Starting in 1961 Singleton taught VEN 3, an Introduction to Winemaking with Amerine and later, others. It was taken by students as a general education elective as well as by majors in the department. The course was so popular that it was offered three times a year to classes of 250 students. Vernon estimated that he taught over 13,000 students in VEN 3. He also created and taught a graduate course, Plant Phenolics, which was a comprehensive review of phenolic chemistry and biochemistry and composition on plant materials. His door was always open to students. He never failed to take the time to assist a student, whether with coursework or research questions. One student with a philosophy degree learned to appreciate Vernon's patience, and his willingness to explain the origins of knowledge in enology. Whether in the introductory class or the grad course, which dealt with complex chemistry and reactions, he was always very clear and organized and used unexpected humor to keep students attention. He advised students with a kindness and dry sense of humor that made him approachable to all who knew him. His exceptional teaching was acknowledged by the Distinguished Teaching Award that he received from the UC Davis Academic Senate. One visiting research student had this remembrance:

'[His work] undoubtedly had a major impact on my research work. I feel particularly grateful to Vernon for his supervision and mentorship during the year I spent in Davis and fondly remember his caring guidance, kindness, and outstanding knowledge.'

Kay and Vernon were active in supporting international students, faculty and scholars at UC Davis. Over the years they opened their home and hearts to many students and scholars from South Africa, Spain, Japan, Germany, Iran and other countries. Many of these encounters blossomed into deep and lasting friendships. In some cases the Singletons became the 'American grandparents' of the children of these students and scholars.

Vernon worked long hours and on weekends to achieve his goals, always acknowledging the role his wife Kay played in supporting him while raising their family and hosting students and scholars and even participating in research. He was considered a gentleman scholar who shared his students’ excitement and inspired them to pursue excellence, and had faith they would attain those goals. His research accomplishments laid the foundation for our current understanding of the complexities of wine phenolic chemistry and have sustained their importance to researchers and winemakers over the years. His work continues to be highly cited, more than 25 years after his retirement, a fitting testament to the legacy of his scientific impact and accomplishments.

Department of Viticulture and Enology
University of California, Davis
February 6, 2017