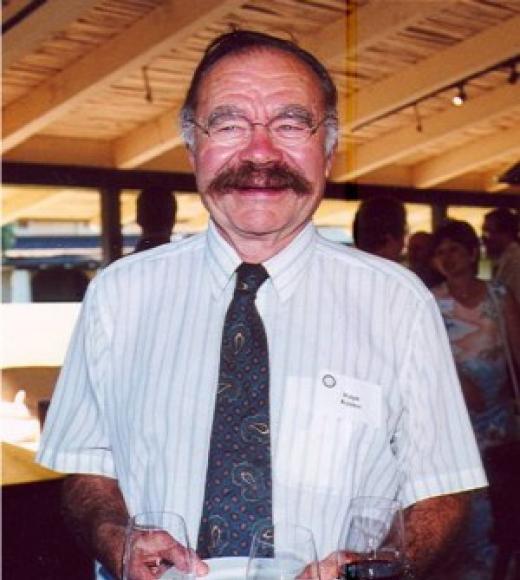 Ralph joined the department in the early 1960’s and taught in the department until his retirement in 1991. Ralph’s major research and teaching interests had to do with wine yeast, the malolactic fermentation and the sources and controls of microbiological spoilages of wines. The wine yeast studies that he completed involved the characterizations, descriptions and utilities of various yeast strains. The data from these studies are now standard wine making tools in the global wine industry. Prof. Kunkee’s work on malolactic fermentation helped bring understanding to this bacterial activity, and how to control it. These research efforts resulted in the publication of nearly 150 scientific articles and Ralph was also co-author of two enological texts. Several of the research articles, and one of the texts, received prize-winning acclaim.

In addition, Ralph played a helpful role in the transition of the American taste in wines--and the corresponding change in California wine production--from high alcohol dessert/appetizer wines of the time to the lower alcohol table wines of today, by indoctrinating and urging the use of sterile filtration and sterile bottling as the standard means for wine stabilization. He visited essentially all of major wine growing regions of the world, and spent twelve-month sabbatical leaves in two of them (Germany and France).

Concerning his teaching, Ralph calculated that he taught over 1000 students in his specialty laboratory course: Microbiology of Winemaking—and most of those students are now widely distributed throughout the wineries of California and of the rest of the world. Even after he retired Ralph, Ralph was still involved in lecture presentations, in consultations and in wine judgings. Ralph also instructed a Distance Learning class, “Introduction to Winemaking,” through UCD Extension, with about 100 students annually.

Aside from his professional accomplishments, Ralph was a wonderful, warm person. His hospitality was legendary, and it was impossible to not have a good time in his presence, especially when he would flash his trademark smile under that bushy mustache, inevitably with a glass of wine in one of his hands.